NEPAL is a culturally diverse country here we celebrate enormous festivals, each of them consisting of its own distinct cultural importance. Every region has its own unique styles and rituals of celebrating these festivals showcasing its own community. In this multilingual and multicultural country, every day is a festival here. Similarly, terai Holi is one of them having its great importance in the plains of Nepal also known as the “Terai Region '' located in southern Nepal lying south of the foothills of the Himalayas.

What is Holi and what are the myths behind its celebration?

Holi is the festival of colors in Nepal celebrated in “Fagu Purnima”- the full moon day with great joy, especially in Terai. During this festival, people exchange different smear color powders with their friends and family members while exchanging greetings, harmony, happiness, and wishing them “Happy Holi”. This festival is said to be a celebration of the victory of justice over injustice. The color powders used in the festivals have their own meaning as yellow here is believed as Lord Bishnu & Lord Krisna's favorite color, blue as a symbol of war, red as the symbol of power and good fortune whereas Lord Ganesh loved all the colors. Out of many tales of history, Holi consists one of them. Even the celebration of Holi has several myths according to the people of Terai. Some of them are mentioned down below:

According to the most popular myths of Holi - “there was a kingdom of the king Hiranyakasyap’s who was an atheist person. But his son turns out to be a great believer in the Lord Bishnu. In intolerance of his own son Bhaktaprahlad’s faith towards Lord Bishnu, the kingdom was divided into two parts. Bhakt Prahlad was accused of offering prayers to Lord Bishnu in Hiranyakashipu palace so, one day he was asked to have a walk in the flaming fire with the king's sisters ``Holika”. It was a great injustice to Bhakt Prahlad and Holika was said to be immortal of fire. Unfortunately, Holika burned down into ashes, and Bhaktaprahlad walked past the flaming fire just like that people believed it as a great justice over injustice and also remarked on this day as a victory of truth and purity over injustice.

Another myth of Holi is associated with Lord Krishna also known as another form of Lord Bishnu with his childhood love Radha. In Lord Krishna’s birthplace, the festival used to be celebrated until Rang Panchami in memory of their divine love. As Krishna was born with a dark-skinned complex he wasn't satisfied with his skin color people around him used to tease him. Likewise, when Krishna complained to his mother about his skin complexion compared to Radha who had very fair skin, he asked her what if Radha didn't like him for his dark skin? Then, his mother advised him that Radha would like him in any texture or color of his skin, and he can ask her to color his face so that they would have the same color reflected on each other. Thus, it is believed to be the occasion where RadhaKrishna became bound to each other as one “single soul inhabiting two bodies’’. This is why Holi is also regarded as the celebration of love with a variety of colors and joys.

The last and not the least myth behind the celebration of colors in this festival is related to Lord Ram when Lord Rama returned to his city after the Victory with Ramayana he was welcomed home by showering different colors in the air called “Rang” in both Nepali and Indian language.

Why is Terai Holi celebrated the day after the Hilly Region?

The terai Holi is celebrated the day after the hilly region as in this celebration of justice, people collect wood and have bonfires, to symbolize the death of Holika which is called “Holika Dahan”. “Holika Dahan” means flaming fire after the sunset on the day of Fagu Purnima- the full moon day reflecting the death of the fire immortal Holika who wasn't aware of the fact that she wouldn’t have gotten burnt if she walked through the flame alone.

As in the hilly region of Nepal Holi is celebrated on the exact day of Fagu Purnima. The festival formally begins with the placing of “Chir- a long bamboo stick wrapped with variants of colored cloth” in Kathmandu durbar square. Which officially welcomes the ceremony by burning it down into ashes the day before the ceremony. Whereas, this ritual of celebrating Holi seems pretty distinctive and modern to the Terai people. However, only in Terai, we can witness the true depth and essence of the festival with its originality.

How is Holi celebrated in Terai?

As exciting as it sounds, these festivals of colors are celebrated with equal joy and excitement among the Terai people holding their great importance. The native people staying across the country tend to go back home to their loved ones. They begin the celebration by touching the foreheads of their elders’ feet in reverence and reserving different colored water in the clay pots at different corners of the streets. The main activity done at this festival is splashing waters on each other, coloring each other faces with different colors, drinking hemp drinks and food made by themselves, singing, and dancing.

On this auspicious day, they also believe in letting go of their regrets and misunderstanding between each other and celebrating the day by mending their broken relationships and starting a new bond. They invite their friends and relatives, cooking delicious food for the feast on the day. The festival indicates the start of spring in Nepal, the Holi festival is celebrated for 2 days. This is the festival where every face is colored holding a glass filled with Ghoota (mixture of hemp and milk drink) and flowing aroma of Tarawa, Varuwa, and Malpuwas (traditional terai delights).

Besides the myths and the colors, the native enjoys the season of spring-blooming everywhere saying goodbye to the chilling winter season. As much as it has cultural significance they also believe that is the blessing from the god for their upcoming harvest and land fertility. On this day the plains of Nepal are filled with the echoes of “HAPPY HOLI". 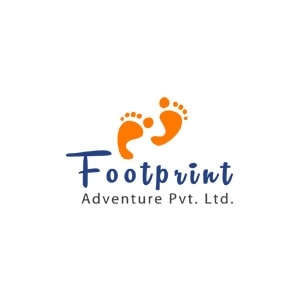