Maghe Sankranti is celebrated with distinct names and rituals according to the races and communities of Nepal. Maghe Sankranti is celebrated with zeal and fervor in the northern and western parts of Nepal as Makar Sankranti, a special day. This day is significant in ancient epics such as the Mahabharat. According to its socio-geographical importance, Maghe Sankranti holds historical and religious significance. The sun is worshiped as the main god during this festival. People see the sun god as a symbol of dignity and wisdom that has been around forever. During Maghe Sankranti, the sun god is said to be worshiped because it ends its southward journey at the Tropic of Capricorn and begins its northward journey, towards the Tropic of Cancer, and the days begin to get warmer and longer than the nights. The festival has also been traditionally associated with the worship of the Sun God, Surya. According to Hindu beliefs, the sun is at its closest to the earth during the month of Magh, and its rays are believed to be the most powerful. This makes Maghe Sankranti an ideal time to seek the blessings of the Sun God. Maghe Sankranti is also considered an important festival for farmers, as it marks the beginning of the harvest season. As the festival is celebrated around January, which is the end of the winter season, it symbolizes the end of the cold season and the beginning of the warmer weather, which is ideal for farming. Maghe Sankranti is a festival that promotes unity and brotherhood among different communities and people. The festival is celebrated by people from all backgrounds, and it is an opportunity for people to come together and celebrate.

The significance of Maghe Sankranti is basically a bonding development among family members and the community. On this day, the hindu followers take holy baths in the religious rivers like Devghat (Chitwan), Gandaki, Dolalghat (Sunkoshi). People worship the sun and lord Vishnu and organize various pujas and read the holy epics of hindu, Bhagwat Gita. Families get together on this day and eat special delicacies and sweets, including til (sesame) laddu, yam, sweet potato, ghee, and other tuberous root vegetables. On the day of Maghe Sankranti, it is said that eating the tuberous root vegetables, ghee, and sugar molasses (Chaku) provides warmth and is an old tradition to beat the cold weather.

What is the meaning of Maghe Sankranti?

The term "Sankranti" in Eastern Astrology refers to the Sun's transition from one Rashi (a zodiac sign) to another. In this context, the phrase "Rashi" refers to a sign of the zodiac. Sankranti simply means the first day of the Nepali calendar, which implies that there are 12 such Sankranti in a Nepali calendar year. In addition, the transition of the sun from the position of Dhanu Rashi (Sagittarius) to the position of Makara Rashi is observed during Maghe Sankranti (Capricorn). Hence, it is also called Makar Sankranti. On the other hand, Sadhguru considers Makar Sankranti a festival that is based on a profound comprehension of both the geometry of the universe and the geometry of a human being.

Why is Maghe Sankranti celebrated?

The significance of Maghe Sankranti mainly lies in the establishing of bonds between members of a family and the community. Nepal puts a significant value on the joyful celebration that takes place on this specific day. According to the customs of the Hindu religion, the significance of Maghe Sankranti is mentioned in the literature of some religious holy books. According to the most important part of the Mahabharata, Bhisma Pitamaha, who had enormous power and was also blessed with the ability to choose when he would pass away, made the decision to do so on this particular day. It is for this reason that it is thought that individuals who pass away on this day will achieve Moksha, or freedom from the endless cycle of birth and reincarnation. 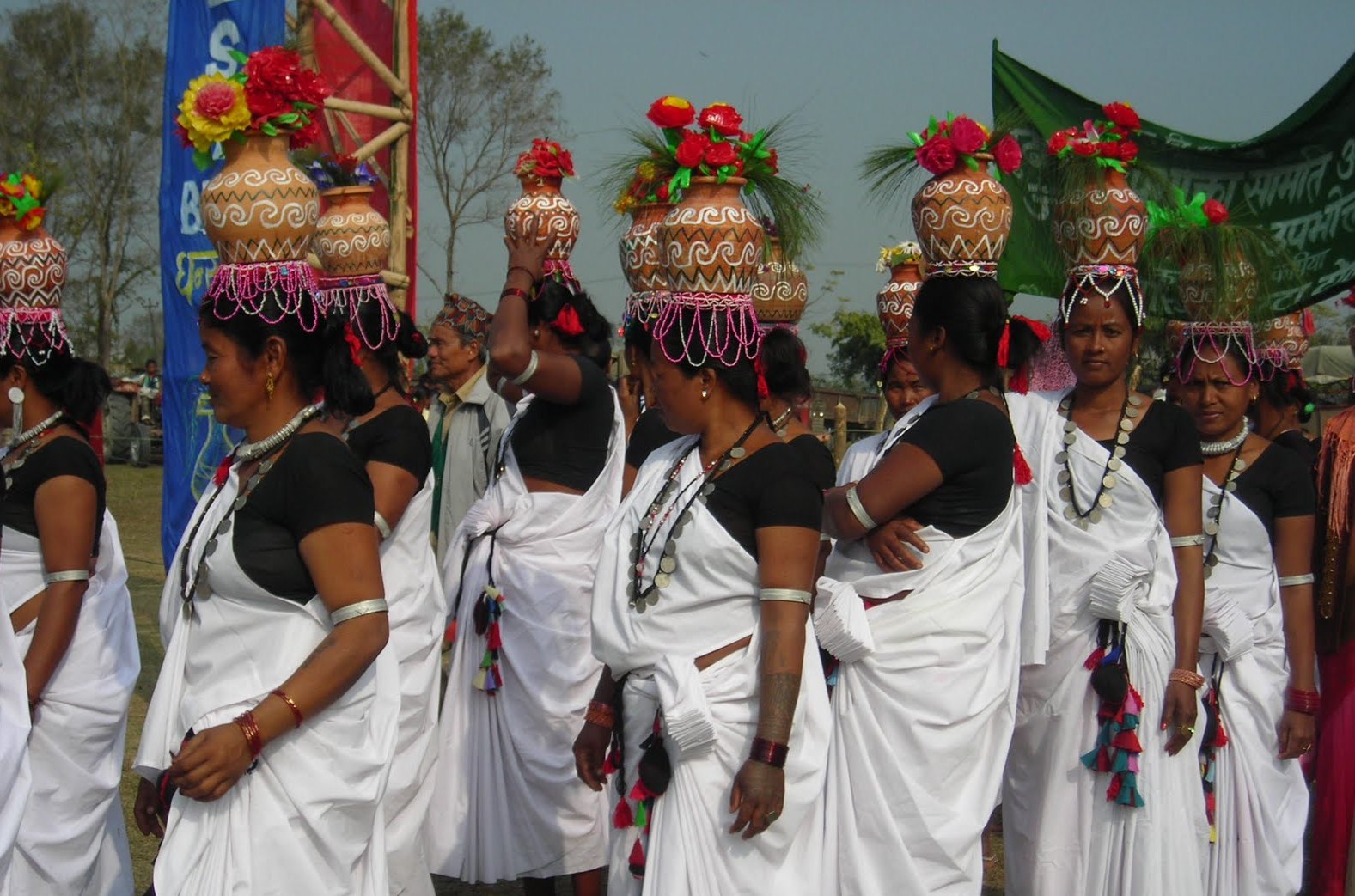 The different ethnic groups each celebrate the festival of Maghe Sankranti in their own unique way. Delicacies are prepared differently from one group to the next. This also highlights aspects of Nepalese culture, such as the close links that exist between families and the joyful festivals that are celebrated.

When is Maghe Sankranti celebrated in Nepal?

How is Maghe Sankranti celebrated in Nepal?

Magh Sankranti is celebrated with great fervor and enthusiasm in Nepal, particularly among the Hindu community. The festival is celebrated on the first day of Magh month in the Nepali calendar, which usually falls in January.

Some of the ways in which the nepali festival Makar Sankranti is celebrated include: 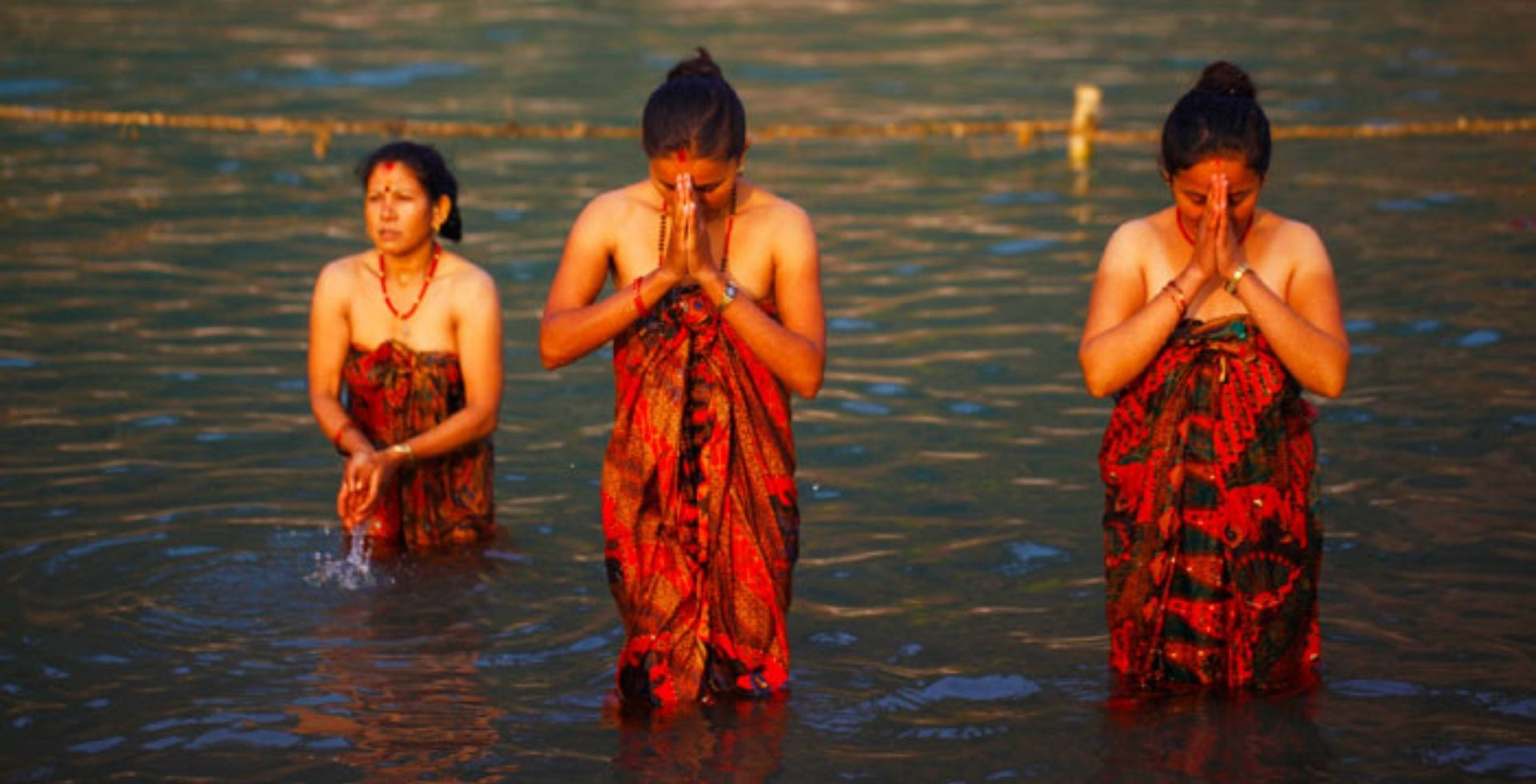 The celebration of the festival may vary depending on the location and community, but these are some of the common ways in which Magh Sankranti is celebrated in Nepal.

What are the special delicacies during Maghe Sankranti?

Maghe Sankranti - The New year of Tharu Community of Nepal

Maghe Sankranti is also known as the holy phase of transition, and is also the new year of the Tharu community of Nepal. The Tharu people follow a lunar calendar that is different from the official Nepalese calendar. As this day is valued as the harvest season, the Tharu people finish all their fieldworks, and celebrate their hard work and enjoy their new year by singing and dancing their special cultural dances along with special puffed and bitten rice balls, chaku, ghee, yam and other tuberous roots in order to beat the cold weather and bring warmth in the family. These delicacies bring more joy and interesting celebrations to the community. During the festival, the Tharu people also perform various rituals and make offerings to their ancestors and gods for prosperity and good luck in the new year.

Traditionally, Tharu society is agrarian, so the festival also celebrates the end of the harvest season, when Tharu people express gratitude to their land, tools, and the gods of agriculture. It's a time of celebration, and many families and communities come together to mark the beginning of a new year and to wish each other well for the coming months.

Among various cultures, bullfighting is one of the most unique practices during the nepali festival Maghe Sankranti. Maghe Sankranti is a harvest festival that marks the start of the agricultural season, when the days become warmer and longer. As it falls in mid-January, the dates are also related to the movement of the zodiac sign as practiced in the Nepali calendar. On this day, Taruka awaits a cultural festival, and participants around the country organize the cultural bullfighting on Maghe Sankranti just for entertainment and the resolution of various socio-cultural problems.

Many people from neighboring villages travel to Nuwakot's Taruka village to witness the amazing bullfighting on Maghe Sankranti. As part of the annual celebration of Maghe Sankranti, the bulls are prepared and trained by the people, and then they are released to fight on a plain ground at Chandani, which is located in the Taruka village. When the bull is completely exhausted and worn out, the competition is over, and the owner of the bull that performed the best receives a cash prize in addition to certificates. It is widely held that Bajhangi King Jaya Prithvi Bahadur Singh was the one who first brought bullfighting to Taruka for the purposes of entertainment. This has been a tradition for more than a century, organized in different spots across Nuwakot and Dhading. Bullfighting on Maghe Sankranti is a very important part of Taruka's culture, society, and economy, and also has a cultural importance.

Which god is worshiped during Maghe Sankranti?

The sun god, Lord Vishnu, and goddess Laxmi are worshiped during the festival of Maghe Sankranti. On this day, the hindu followers take bath in the holy rivers early in the morning during the sunrise and worship the sun and pray for the warmth, good health and better future of the family members. It is also believed that the sun god accepts the prayers and solves the problems of his devotees. This is because the festival marks the beginning of the month of Magh, which is considered an auspicious month for performing religious activities. The festival marks the end of the month of Poush, which is considered inauspicious for religious activities. 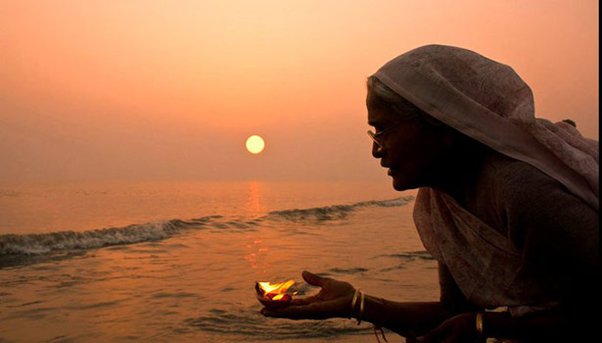 Sun god is considered the ruler of the solar system and one of the Navagraha (nine planetary) deities in Hinduism. Worshiping Surya is believed to bring health, wealth, and prosperity, remove obstacles, and bring good luck. On this day, many Hindus take a holy dip in rivers, perform offerings and rituals to the Sun God, and make donations. People visit temples dedicated to Surya and perform puja and other rituals to seek his blessings. In addition to Surya, other Hindu gods and goddesses are also worshiped on this day, according to regional and personal beliefs and practices.

The nepali festival Maghe Sankranti is one of the most important celebrations that falls on the first day of the month of Magh (according to the Bikram Sambat calendar, or about January 14). The festival is also referred to as Makar Sankranti in some communities. In Nepal, the beginning of the holy month of Magh is a cheerful occasion that is celebrated on this day. In contrast to the cold month of Poush, the festival is seen as the start of the warmer days to come (December). It is thought that this day marks the beginning of the sun's movement into the northern hemisphere. The Winter Solstice, also known as the "shortest day of the year,"  is the day of the year when the Northern Hemisphere has its shortest amount of daylight and the longest night. This event typically occurs around December 21st or 22nd. It marks the first day of winter and the start of the gradual increase in daylight hours as we move towards the summer solstice. The Winter Solstice has been celebrated for thousands of years by many cultures, often as a way to mark the passing of the year and celebrate the return of the sun. So, Maghe Sankranti is a festival celebrated for religious and cultural reasons, and Winter Solstice is an astronomical event happening once a year where daylight hours reach the minimum. And it's interesting to note that they occur around the same time of the year which is January.

All these unique features make the nepali festival Magh Sankranti a special festival, deeply ingrained in the cultural and religious traditions of Nepal, and celebrated with great enthusiasm and joy by many different communities. In short, Makar Sankranti is a festival that has been celebrated for centuries in the Hindu tradition, and its origins are likely rooted in ancient religious and agricultural practices. The festival has evolved over time, but it continues to be an important event in the cultural and religious calendar of Nepal and other parts of South Asia.

If you are interested in experiencing this interesting festival and witness the significances of Maghe Sankranti, your best option is to visit Nepal around the month of January. The festival of Maghe Sankranti will be celebrated on the 15th of January, 2023, on a Sunday. You can also have the chance to experience the diverse customs and cultures of the Tharu Community. To learn more about taking part in Nepali festivals and to get further information, get in touch with us.

Ashmita is a content writer who is also passionate about photography and nature. She currently devotes her time to creating blog content and articles promoting tourism. She is the freshest and perhaps most enthusiastic member of Footprint Adventure who is also deeply attracted and attached to the serenity and natural beauty of Nepal. She genuinely believes in promoting her native country in whatever manner she can, with the goal of making the biggest possible contribution to the travel and tourism sector.

"Self-improvement comes through change. Push yourself to the places you've never been before"