Namche Bazaar, The gateway to Everest

Namche Bazaar (3,440m) is one of the most renowned and popular sherpa towns in the Everest region. Namche Bazaar is often called a gateway to Everest which is mainly known as the prominent resting stop (acclimatization place) for the Everest Region trekking. The location is shaped like a horseshoe and located in a very unconventional position which is surrounded by stunning mountains like Kongde Ri, Thamserku, Kusum Khangaru, and many more. Once you enter the nowhere of Namche Bazaar, you will find luxury hotels, lodges including three museums, a stupa, a monastery, several cafes and bakeries, and trekking gear shops, banks, and stores. Almost all the trekkers, climbers, and hikers spend at least two more 2 nights here in Namche as a part of the acclimatization before ascending up to the mountains.

Now a major tourist hub in the Khumbu region, Namche Bazaar was once a historic trading center. Tibetan, Nepalese and Indian traders used to buy and sell goods to each other. Even now, every Saturday they run a similar market fair, and locals from the nearby villages come to buy and sell things. This sherpa capital at the foothills of the world’s highest mountains, despite its popularity still retains its ancient culture, practices, and traditions of warm-hospitality, friendliness, and the smile of the mountain people are always charming.

Where is Namche Bazaar?

Namche Bazaar is located at an elevation of 3,440m in the lap of the world’s highest peaks. This town lies inside the Sagarmatha National Park, a UNESCO World Heritage site. This is also the gateway of Everest and from this town, normally many trekking, expedition, and other adventure activities begin. Namche Bazaar is also called the Sherpa capital, as the town is very famous for the tourists and this is one of the biggest marketplaces in the Khumbu region, boasting every facility, service, and comfort you could possibly imagine. Namche Bazaar has huge settlements of Sherpa people in almost all the parts.

How to reach Namche Bazaar?

There are numerous options to get to Namche Bazaar, as you can directly take a helicopter from Kathmandu and land in Namche and you can fly to the nearest airport (Lukla Airport) and hike one day is enough to reach Namche Bazaar.

By Foot: There are two options to get to Namche by foot also. Either take the flight from Kathmandu to Luka and walk to Phakding, Manjo via a bank of Dudh Koshi and reach Namche. This is around 21km from Lukla to Namche so one and half-day are enough to reach Lukla. Another option is you drive to Salleri and hike to Chaurikharka which might take a couple of days and the same trail from Phakding to get to Namche.

Here are the top 10 most attractive things to explore in Namche Bazaar.

Namche is the main point, from where most of the different trekking trails separate/meet. This place is also the junction for most of the different trekking trails in the Everest region such as the Gokyo Lakes trek, Three Pass Trek, and definitely the famous Everest Base Camp trek. If you want to explore the nearby villages like Thame, Khumjung, Khunde then you should pass through Namche Bazaar. Also, Namche is the first palace where normally tourists stay one or two additional days for acclimatization.

Namche has a lot of information centers such as Sagarmatha National Park visitor’s Centre, Sagarmatha Pollution Control Committee (SPCC), local clubs, and other essential centers lie inside the Namche Bazaar. These offices provide important information regarding the wildlife, culture, religion, and mountains of the Khumbu region which is a must indeed part for tourists to know before climbing towards the mountains.

Namche Bazaar offers astonishing views of snowy peaks such as Kongde Ri, Kusum Khangaru, Thamserku, Khongeta, and many more beautiful peaks. From Namche Bazaar, if you ascend for 2 hours then you will see a glimpse of Mt. Everest, Lhotse, Ama Dablam, Twitch, and many more other snowy peaks. This town is very popular for the pictures from different angles. So, I must say, Namche Bazaar is one of the best places for photography enthusiasts.

4. Sherpa people and their culture

Mountains are the home of the Sherpa community, especially in Namche you can experience the authenticity of Sherpa people which basically reflects in their hospitality, welcoming nature, food, and gestures. Sherpa people are the most renowned for their amazing hospitality, traditional foods, and beautiful customs and practices. You see people wearing their own customs almost all the time, the lifestyle of typical sherpa can be easily experienced in Namche Bazaar.

At the top of the Namche Bazaar, you will see the Sagarmatha National  Park museum where you will get a chance to see the detailed information of flora and fauna of this National Park. You will also get an idea about the mountains of the Khumbu region along with sherpa culture, their religion, practices, and customs. From this point, you can also see Mt. Everest and Lhotse along with Ama Dablam. There is one statue of Tenzing Hillary ( one of the first Everest summiteers) and the stone from the highest point and lowest point of the earth has been kept in this museum.

Very close to the National Park Museum, the Sherpa museum is also located above town on the way to the Tengboche trail, which normally offers information about the different expeditions of Sherpas, the life of Sherpa people, their culture, traditions, and practices. You can also witness a “ Hall of Fame” gallery of the sherpas who submitted Everest which includes the pictures of Sir Edmund Hillary and Tenzing Norge Sherpa. Also, you can experience the traditional homemade things that normally Sherpa people used in their daily to day work.

A legacy from years ago, Namche Bazaar offers the cheapest options for buying any kind of local products along with trekking and climbing gear. People come from nearby villages to buy and sell different goods such as soap, butter, vegetables, groceries, milk products, handicrafts, and other daily essential things. This market has been the symbol of continuing the traditional practices which were done years ago when this place was one of the most renowned and popular trade points for businessmen from Tibet, Indian, and Nepal.

On the top of the Namche Bazaar, you will see one amazing airport called Syangboche Airport which is probably one of the highest airports in the world. Though the airport is not licensed for commercial flights and has very few facilities. There are no regular air transfer services but most of the small and big choppers land and take off from this airport. We can say, this airport is mostly used for chartered flights to carry things as well as people from Luka, Kathmandu, and so on.

In Everest Region, Namche is one of the most classy and fancy marketplaces where you will get everything like in a city. Numerous shops for trekking, climbing gears, grocery shops, and branded products of Adidas, North Face, Sonam gear, and many more. Irish pubs, Bars, baristas, cafes, fancy restaurants, and hotels are the most attractive things at an altitude of 3,440m on the roof of the high Himalayas.

In October 1985, the former President of the United States, Jimmy Carter along with his wife Rosalynn visited Namche Bazaar on a private chopper of the King Late Birendra Bir Bikram Shah. Khumbu Lodge is the hotel where he stayed for one night while visiting Namche Bazaar.

Besides these, there are other numerous attractions such as the healing center, Namche library, Namche monastery which equally attract people. Similarly, the main street into the village is lined with Tibetian run handicraft stalls and stores. The weather in Namche during the winter is cold and dry while summer weather is warm and greenery. The highest temperature recorded so far is 12 degrees Celsus in July and the coldest temperature was -8 degrees, Celsus, in January. 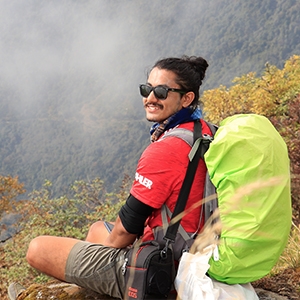